On March 6, 2011, Japanese Foreign Minister Seiji Maehara resigned officially due to accepting donation from a Korean national. Most countries have laws banning officials from accepting foreign donations directly or indirectly. Obama was forced to return some donations in 2008 for this same reason. Maehara's receiving of 250k Yen is paltry though, and I don't think that is … END_OF_DOCUMENT_TOKEN_TO_BE_REPLACED

Lately we have been spending a lot of time discussing Korea. Yesterday I had a chance to discuss this issue with one of my best friends over lunch. This post is essentially a distillation of that conversation. There are few more important points people should bear in mind when thinking about what is happening in that region. The DPRK indeed bombed an inhabited area … END_OF_DOCUMENT_TOKEN_TO_BE_REPLACED

Many Americans think the politics of East Asia is dominated by China on one side and U.S.-Japan on the other. While that may be true on the surface, the dynamics are actually very complicated, and in fact makes that dichotomy false. The pillar of the Japan-U.S. alliance was born out of the Cold War in fear of the former Soviet Union, which no longer exists today in case you … END_OF_DOCUMENT_TOKEN_TO_BE_REPLACED 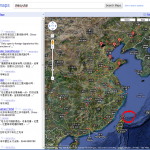 Is Google siding with Japan's claims at the expense of China? Search for "Diaoyutai" or the Chinese character equivalent, "钓鱼台群岛," you'll not be able to find the disputed islands. Circled in red below is where a pin should be placed. Nothing shows up. Instead, if you search for "Senkaku-shoto," Google Maps takes you to the disputed islands. They are labeled with … END_OF_DOCUMENT_TOKEN_TO_BE_REPLACED 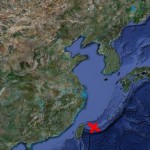 Japan's NHK World has just reported the detained Chinese captain (Zhan Qixiong) since September 8 will be released. The report said: Japanese prosecutors have decided to release the captain of a Chinese fishing boat involved in collisions in the East China Sea. The captain's detention has stirred tension between Japan and China. I'd be shocked if the captain is dragged … END_OF_DOCUMENT_TOKEN_TO_BE_REPLACED