Is Apple one of the most innovative companies in the world? Most people would think so (so-so iPhone 5 specs notwithstanding). Google? Ditto. Baidu? Sure. Tencent? You know jack about Chinese companies if you don't think so. All these companies made the recently published Forbes' "The World's Most Innovative Companies." The authors of this study, Jeff Dyer and Hal … END_OF_DOCUMENT_TOKEN_TO_BE_REPLACED

Following segment is a profile by CNN's Kristie Lu Stout on Baidu CFO, Jennifer Li. Her advice? "Gender is not a factor when it comes to success.. it's your attitude towards work." That's obviously applicable to both men and women. If you think about it, that'd be applicable to race, age, or whatever color and stripe you fancy yourself. China will have her share of Baidu's … END_OF_DOCUMENT_TOKEN_TO_BE_REPLACED 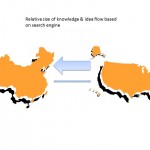 Some might wonder how is it possible that Google still commands about 15-20% search market share in China despite its google.cn service essentially shut down there. The reason is because many Chinese netizens, 450 million and growing, are still using google.com for English language searches. Actually, according to Analysys International, a Beijing market research firm, Google … END_OF_DOCUMENT_TOKEN_TO_BE_REPLACED 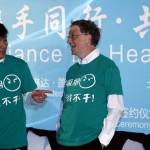 In early May, China announced a smoking ban in public places and I expressed some pessimism in how fast this will truly take effect. Later, I found a reason to be optimistic. When I saw this news of Robin Li and Bill Gates agreeing to work together between the Baidu Foundation and the Bill and Melinda Gates Foundation for "Say No to Involuntary Smoking" in China, I became … END_OF_DOCUMENT_TOKEN_TO_BE_REPLACED

I rarely get very excited about new technologies, because most new technologies from large corporations are seemingly a lot of reshuffling and repackaging of old things, and sometimes a bunch of bug fixes long over due. But Baidu's 3D game-like pixelated 3D Map (map.baidu.com) of Chinese Cities has to be one of the coolest things I have seen in years.  Much better than the … END_OF_DOCUMENT_TOKEN_TO_BE_REPLACED