In my previous post, https://hiddenharmonies.org/2013/02/how-to-hack-a-human-brain-from-experts-of-hacking/, I discussed the many flaws in the Mandiant Report on hacker group designated APT1. Mandiant has responded to some of the criticisms, with the usual generalized responses of "we released our conclusion based on what we had." In other words, flaws are admittedly due … END_OF_DOCUMENT_TOKEN_TO_BE_REPLACED

Given the attention that the recent McAfee's report has generated, and in light of the fact that the report was not generally available when I wrote my post "Biggest-ever series of cyber attacks uncovered," I have decided to do an updated post describing my personal response to the report. Following are excerpts of the report - together with my observations.  I will … END_OF_DOCUMENT_TOKEN_TO_BE_REPLACED

News of the uncovering of the "biggest-ever" series of cyber attacks by McAfee seems to be spreading through the media like wildfire.  In thisWashington Post article, it is reported: A leading computer security firm has used logs produced by a single server to trace the hacking of more than 70 corporations and government organizations over many months, and experts familiar … END_OF_DOCUMENT_TOKEN_TO_BE_REPLACED 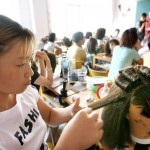 Google has been up to making empty allegations against China since it decided to withdraw last year. In its latest salvo, it accused the Chinese government of a phishing attack on Gmail accounts. As predicted, such allegations are spreading like wild fire in the Western media. In fact, the innuendos are narrated into facts, and it is always amazing to see how this propaganda … END_OF_DOCUMENT_TOKEN_TO_BE_REPLACED

Here is another story about hackers from China. Allegedly some organization have tracked yet another hacking that originated from some computer from China. Red alert - we are under attack from China! I found it interesting that we never hear from hackers from U.S., Britain, Germany characterized as that.  We are more specific than that.  Bad hackers are individual bad … END_OF_DOCUMENT_TOKEN_TO_BE_REPLACED