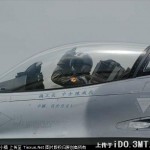 The last time the U.S. sold weapons to Taiwan ($6.4 billion worth in January 2010) led to China suspending military-to-military contacts with the U.S.. Senator Dianne Feinstein, who also chairs Senate's Select Committee on Intelligence, has subsequently said in public the weapons sale was a mistake. In the news again, looks like Obama is approving the sales of upgrades to … END_OF_DOCUMENT_TOKEN_TO_BE_REPLACED