The central theme of Trump's president is "America First." Most Americans understand that to mean putting American interests, American prosperity, American well being first above all else. As an American, I personally have no quarrel with this. In fact, as a world citizen, I think if every nation can look primarily after itself and not after other nations (which in … END_OF_DOCUMENT_TOKEN_TO_BE_REPLACED 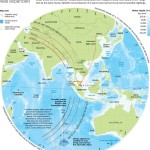 April 15 is tax day for most Americans.  It is the deadline for Americans - rich or poor - to file and pay their taxes.  But this year, it appears, it is also smear China day.  You may think with so much things going on in the world, things to do, that perhaps for this one day, China might be spared unnecessary smearing.  But it is not to be so. Last week, on April 15, both … END_OF_DOCUMENT_TOKEN_TO_BE_REPLACED

A lot has been discussed on this blog recently with regards to censorship, most of the discourse so far have revolved around the justice and standards of censorship. I want to take a different but related direction, and discuss yet another myth propagated by the democracy/freedom advocates - the notion that "free" societies are always more innovative than their "non-free" … END_OF_DOCUMENT_TOKEN_TO_BE_REPLACED

Google search may have left China, but does Google owe responsibilities to the people of a place it has recently left? This is not an academic question, especially since many believe that Google's exit will hurt average people in China. According to this CNN article, Businesses and universities could be substantially affected by the departure of Google from … END_OF_DOCUMENT_TOKEN_TO_BE_REPLACED

This morning, the Shenzhou 7 spacecraft carrying Zhai Zhigang, Liu Boming, and Jing Haipeng successfully took off from Jiuquan Satellite Launch Center and entered orbit. This is a major event in China, as a space walk (the first for the Chinese space program) is planned on this 3-day mission (on the 27th). Shenzhou 7 launched by a Long March 2F rocket Here is a full version. … END_OF_DOCUMENT_TOKEN_TO_BE_REPLACED