Few days ago, I was talking to a friend over lunch, and the topic of modern hero came up.  We limited ourselves to identifying three who are alive today.  Jackie Chan (成龙) made my short list.   Of course, he requires no introduction.  In terms of worldwide popularity, I’d put him in the same league as people like Michael Jackson; very few stars can match.

Recently, he co-stared with Will Smith’s son, Jaden Smith, in “the Karate Kid” (see our post, “The Karate Kid – the biggest modern movie co-production thus far between an American studio and China“, by Allen). It’s an excellent movie having already surpassed $220million worldwide (source Box Office Mojo) in it’s 7th week. As relates to China, the film itself and Chan’s performance gave a nuanced view into Chinese culture and Chinese society that is simply rare in Western films. Chan is a Chinese cultural icon, and he is my hero because he can help bridge with those outside China.

During the May 12, 2008 Sichuan earthquake, Chan helped rally the country behind the victims and their families.  The whole country was deeply moved by his song, “Shensi Bu Li” (生死不离):

In recent years, Chan has dedicated much of his energy to charity work, in China and around the world. Here is him talking about his Dragon Heart Charitable Foundation, “school for a dollar” program, dedicated to building schools in China’s poorest regions.

Yes, he is unrehearsed. He is speaking directly from his mind – unscripted. Visit Chan’s web site and you will get a better idea of what he is talking about. Look under “diary” or “about / charity works” while you are there.

I completely agree with Chan. Education is paramount and key to alleviating poverty. I hope you will join him and support his efforts in building schools in China. The Dragon Heart Charitable Foundation is also added to our “China Charitable Organizations” in the navigation above. Remember, he and his friends will match your contribution – whatever amount you donate. His web site has mailing information for checks. It will directly accept credit card donations as well. 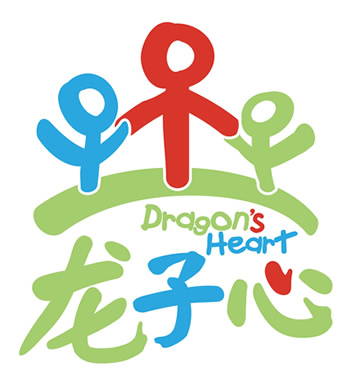