The following tweet by Gady Epstein, a correspondent for the Economist based in Beijing, is not surprising. The way I read it, he seemed dissatisfied that China and Japan haven’t yet escalated their tension into war.

Yes, this is that same trash magazine that had a sort of mea culpa not too long ago for their role in justifying British imperialism against the Chinese. Remember the Opium Wars? Yes, they ‘regretted’ fueling that war! Earlier in the year they announced a dedicated section to China coverage, and in response I suggested they have an editorial overhaul, because that very announcement were filled with bigotry they said they wanted to avoid. Apparently, that overhaul didn’t happen, and their century-old tradition of fact-twisting continues. Here we are today, on the Diaoyu/Senkaku Islands dispute, I just want to share a few bits of the anti-China propaganda this thing, The Economist, is. 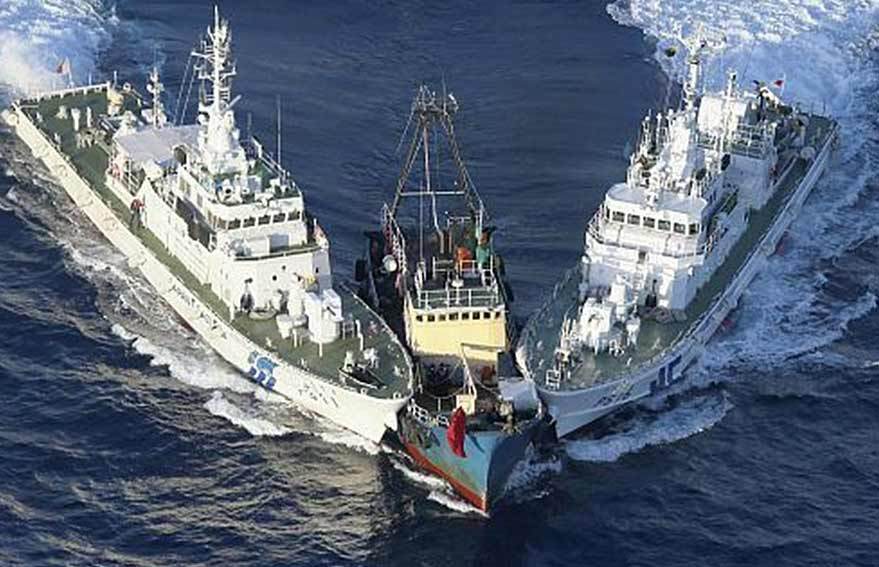 Below is The Economist’s narrative on that event:

Two years ago, when Japan arrested the skipper of a Chinese fishing boat for ramming a vessel just off the islands, it detected retaliation when China blocked the sale of rare earths essential to Japanese industry.

Ridiculous. Whenever Chinese fishing vessels go near to fish, they are the ones to be harassed by the Japanese! What the Economist has done here is to flip truth upside-down, turning Japanese coast guard aggression into Chinese fishing ship aggression. Especially considering that the Diaoyu Islands belong to China; look at official Japanese and Chinese government records. (See Han-Yi Shaw’s exhaustive analysis of both government’s records here.)

Which all sounds very rational, until you consider history—especially the parallel between China’s rise and that of imperial Germany over a century ago. . . In that context, disputes about clumps of rock could become as significant as the assassination of an archduke.

China is merely asserting what is rightfully hers. If any parallel to be drawn to pre-WW2 Germany, it is Japan. This is a country defeated (as Germany was in WW1), and now leveraging America’s ‘pivot’ to be more aggressive in laying claims to land not hers. Japan has just taken the step to ‘nationalize’ the disputed islands. That is extreme provocation.

The Senkakus row has boiled over now because the Japanese government is buying some of the islands from a private Japanese owner. The aim was to keep them out of the mischievous hands of Tokyo’s China-bashing governor, who wanted to buy them himself. China, though, was affronted. It strengthened its own claim and repeatedly sent patrol boats to encroach on Japanese waters. That bolstered the leadership’s image, just before Xi Jinping takes over.

This logic is rather silly. So, the Japanese government buying the islands is not for its own “mischievous hands?” Since Gady Epstein is based in Beijing, I wonder why he doesn’t talk to the Chinese to get this logic straight.

If that stupid logic is to be in the article, then for balance’s sake, at least offer a Chinese perspective to refute, no?

Why shouldn’t China be affronted by this agitation to further ‘legitimize’ Japanese claim to the islands within the Japanese public?

The Economist is correct to say that this bolsters the right-wing vote within Japan. However, in Xi Jinping’s case, it does not matter. China will react the same way no matter which candidate is contending to be the next President.

For all the talks about the desire for a more ‘free’ Chinese society and for more ‘human rights,’ the Economist certainly knows how to propagandize against Chinese interests when they matter.

Below is another twist of facts:

Having helped create nationalism and exploited it when it suited them, China’s leaders now face vitriolic criticism if they do not fight their country’s corner.

Ordinary Chinese anger comes from Japan being increasingly aggressive in the Diaoyu Islands over the last couple of years. What evidence does The Economist have for the Chinese government “creating nationalism?” The article presented no evidence whatsoever.

The anti-China view towards that public anger is ‘nationalism,’ because such an emotive word suggests irrationality and unjust. Chinese anger is perfectly justified. If anything, the Chinese media are doing their share to warn people against violating laws and to remain calm.

At least there is more hope within the magazine’s readership. A reader, typingmonkey, responds:

Yet upon which country does the Economist always place both blame and pressure?

Seems to me the entity most at risk of losing credibility here is the Economist.

Ever wonder why a growing number of Chinese netizens think pieces like this Economist article in the Anglophone media are propaganda?

The Economist would conclude with the following advice:

Asia needs to escape from a descent into corrosive mistrust. What better way for China to show that it is sincere about its peaceful rise than to take the lead?